It’s November and it’s pretty miserable outside. Mud, mist, rain and getting dark early. That notwithstanding, there is plenty to see in the mud, mist and rain and that’s the attitude I set out with that in mind to get some inspiration to write this blog. Most of the outside recently has looked like this. 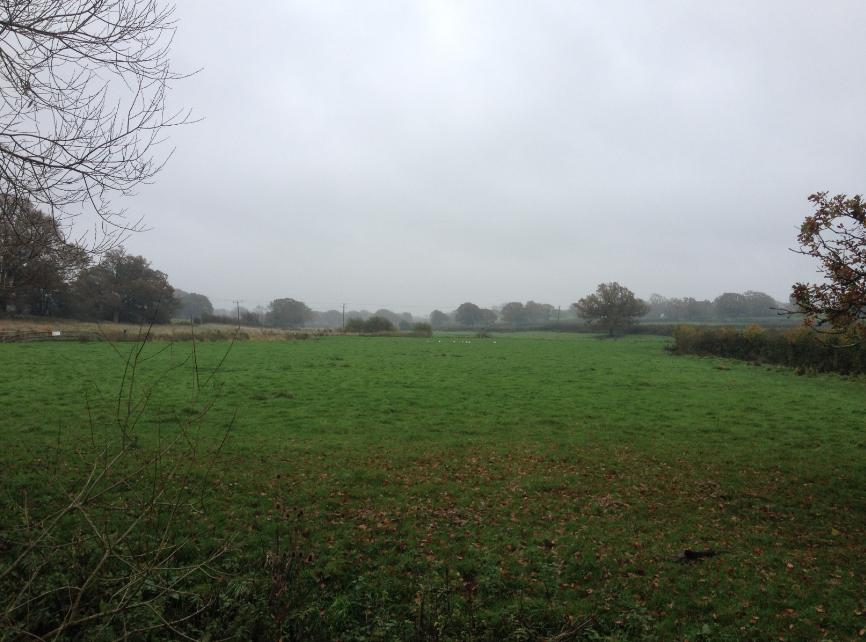 Now, if you look at that photo a bit closer, there are 7 little white dots and they are 7 Little Egrets, which I wasn’t really expecting to find! They were in the field just east of the Twineham Lane bridge that crosses the river Adur.

You’ll have to take my word for it that these little white dots are 7 Little Egrets. Little Egrets have, only in relatively recent times, established themselves in the UK and this isn’t the first time I’ve seen them around here, but they do stand out a bit! 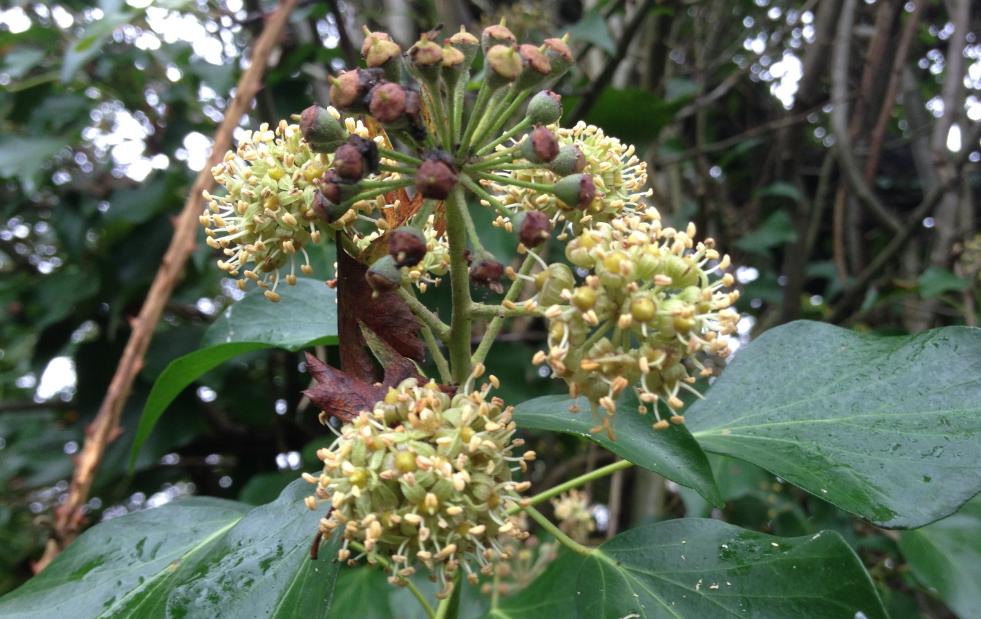 Now that there are leafs on the ground, it’s a good time to get acquainted with what leafs belongs to what tree. I took this photo along Gratton Lane in Twineham and I’ve found 4 species in this selection, although there are probably areas around here that have a higher number. Anyway, the 4 in this selection are: 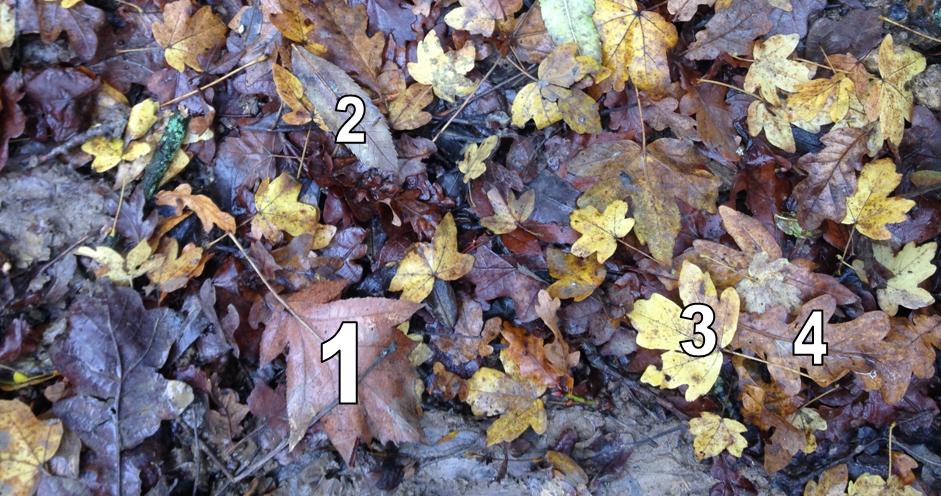 Ash is always a good tree to begin trying to identify trees by their bare branches because their black buds are very distinctive. 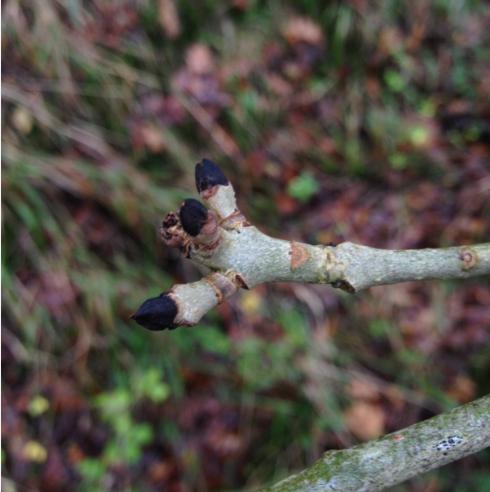 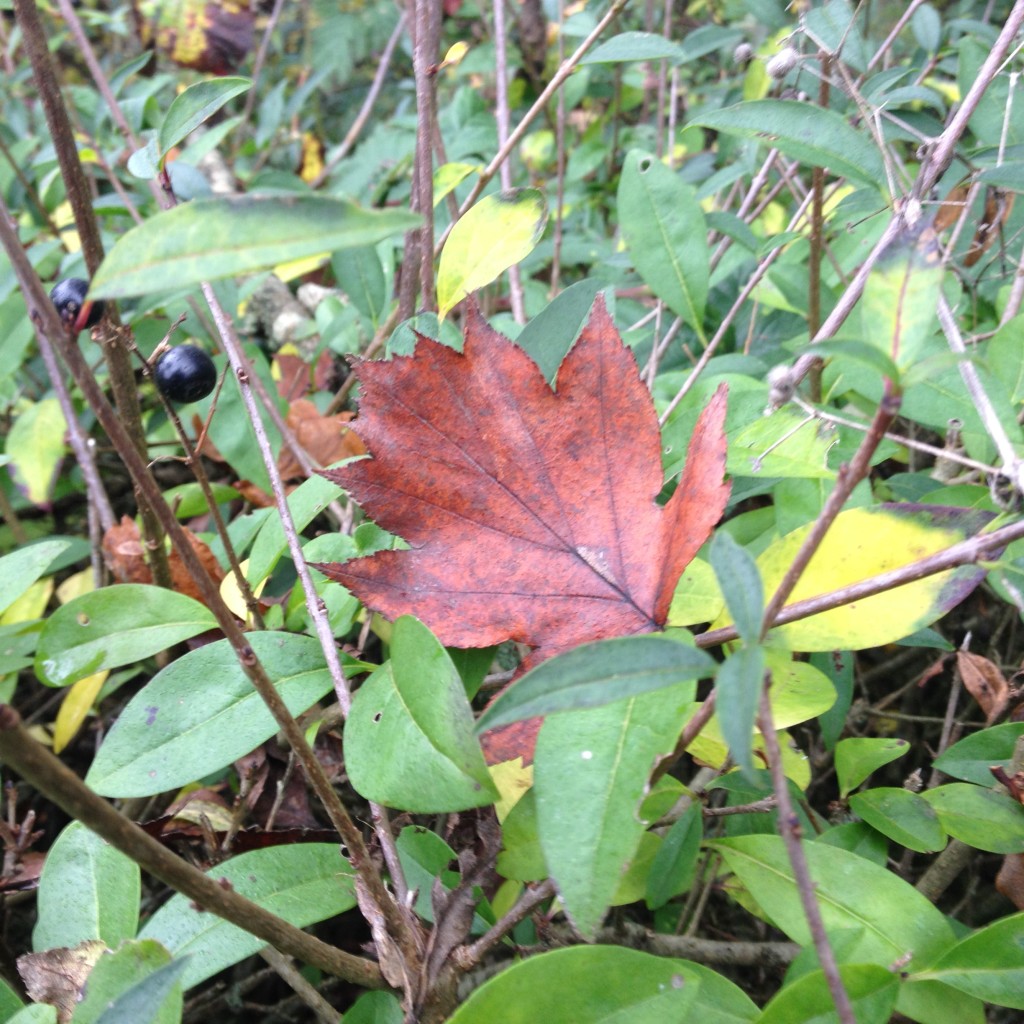 Its leaf is a fairly distinctive sharp edged, spiky ‘tulip’ shape and this one was handily on a low hedge.

So with all the greyness around, here’s with a bit of colour. 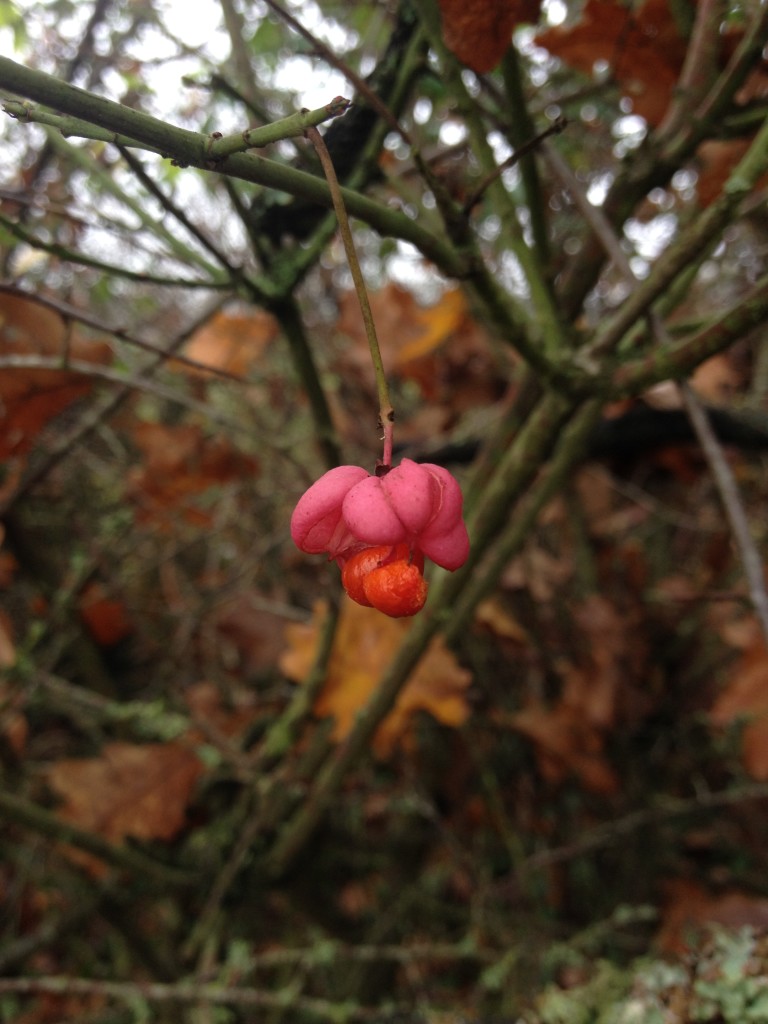 This is a the berry of Spindle, which could also be described as a ‘locally common’ plant. It often grows in hedges and its branches and twigs are green right to their tips.

Finally, this is the best time of year to go looking for the eggs of the Brown Hairstreak butterfly, which I have highlighted in previous blogs as a real stand out species for out area. 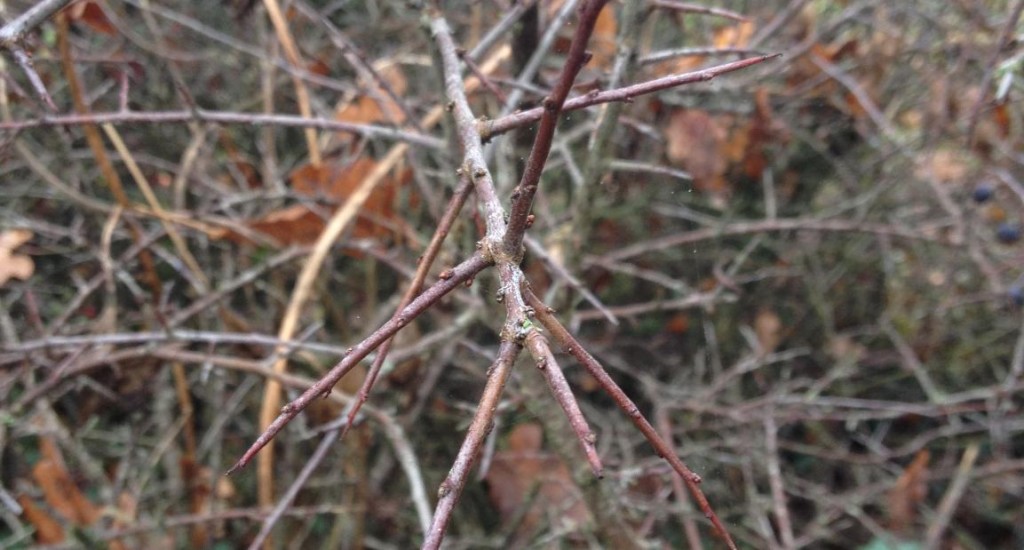 They are difficult to find and the best can do for now is show you a photo of where you can look for them. The eggs are laid at the base of the thorns on a Blackthorn bush, which is the bush that has blue Sloes for fruits. The eggs, if you find one, are tiny white dots, often described as ‘white pinheads’.

Hopefully that has given you a few things to look out for in these November days!

3 thoughts on “What to see in November!”