The following is the story of what has been happening inside this unassuming, triangular box in a tree in our local patch. 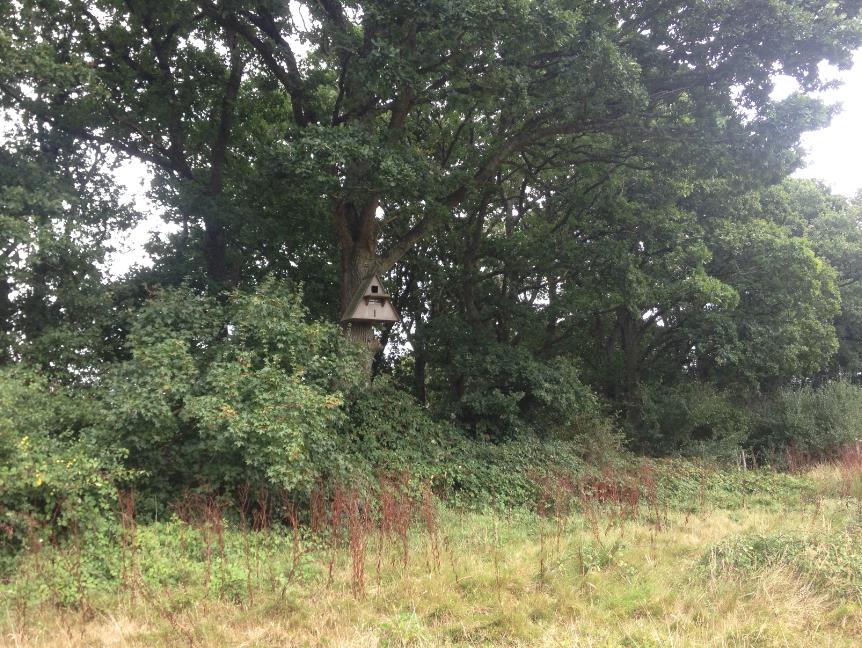 Our story begins a little while ago, early August to be precise, when I was preparing to write the last blog. I went out for a walk around this area to look for things, mainly butterflies.

While I was out, I found some very ‘splatty’ bird droppings and quite a lot of it and I recognised it as Barn Owl droppings, which is quite like whitewash. 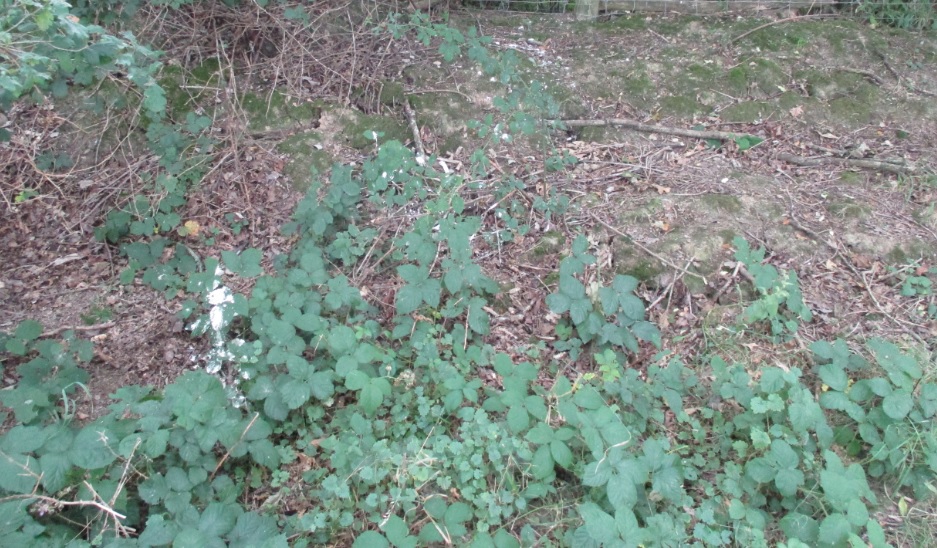 With a bit of smug satisfaction I looked up and there are was a (triangular) Barn Owl box in the tree above the droppings. The polite word for bird dropping is guano, which I quite like.

Anyway, later that day I went under that box again by chance and flushed the adult Barn Owl from that tree and I could hear the chicks inside the box.

So began what has turned into almost an unofficial monitoring of this Barn Owl box and here’s what happened.

I began by setting a little camera I have which is essentially a little green box with a camera in it which you can leave out in practically all weathers and after some initial positive results we started using a higher quality camera with a better zoom which we put up when the owls weren’t active to avoid disturbance.

Now we were keen to see how active the box was and so began the routine of leaving the cameras out for a few days and then looking through all the footage.

Eventually the young owls started poking their heads out of the box occasionally.

At this stage, it was estimated that the biggest chick was 8 weeks old. Barn Owl chicks tend to hatch at different times and this can lead to a size difference.

They get to the stage when they are all very keen to have a look outside.

The young owls tend to emerge from the box at about 5pm, but not necessarily fly away. After a while we could see that there were 3 chicks. Here they are beginning to exercise their wings and explore their surrounding, including each other!

The higher quality camera could only be outside in dry daylight hours whereas the other camera could be left outside all the time. What this enabled us to do was monitor them during the night as well.

In the dark of the night,  now in mid August, the young have begun to fly.

Sometimes one of them can be seen staying on the box for a few hours at a time. They are also constantly calling, either to keep communication to each other or make themselves heard to the parents so they can be fed. The adults were very seldom recorded, probably because at the stage the chicks were at in these videos, the adults would not be coming to the nest much and if they did bring in food they would only drop it off and not hang around.

When it came to going back into the box for the day, the young would often sit on the front ledge and seemed to be watching the world before they went back inside for the day, bobbing their heads around and around.

By the end of our ‘monitoring’, the chicks confidence was building, but by late August they were still tentative about leaving the box:

However, this is just four days later and they aren’t hanging around this time!

To give an outline of how Barn Owls are fairing this year in Sussex, there are lots of broods of two chicks this season, and many of them rather late, which could be put down to the strong winds and heavy rains in late February/early March. They were having difficulty hunting then and struggling to get their weight up to a level at which they could lay eggs. For this year, 3 chicks is about average but still good.

The Barn Owl is recovering from its population crash in the mid 20th Century and now has Green Status, as opposed to the Red Status of species such as Lapwing. If the Barn Owl is to continue on its current trend, it must have area to hunt and breed such as our local area.
This box has only been up for 2 years and here is a photo of it being put up. 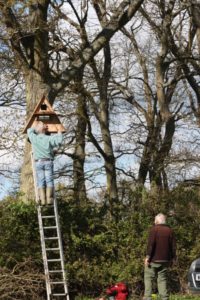 If you think you may have a good location for a Barn Owl box and would like some advice about putting one up, please contact Barrie Watson on  01273 452472
That ends our summer of monitoring these lovely birds. We can now only hope they survive long enough to breed themselves!
Thanks to Barrie Watson for his help and expertise!
Jane Watson and Tom Simon.