I thought I’d start with one bluey flower out at this time of year that isn’t a Bluebell and the closest I could get is a Violet and here’s one I found along the bridleway that leads off Frylands Lane.

We’re also back in the time of year for Nightingales and they are back in this area, but how many are yet to be determined. 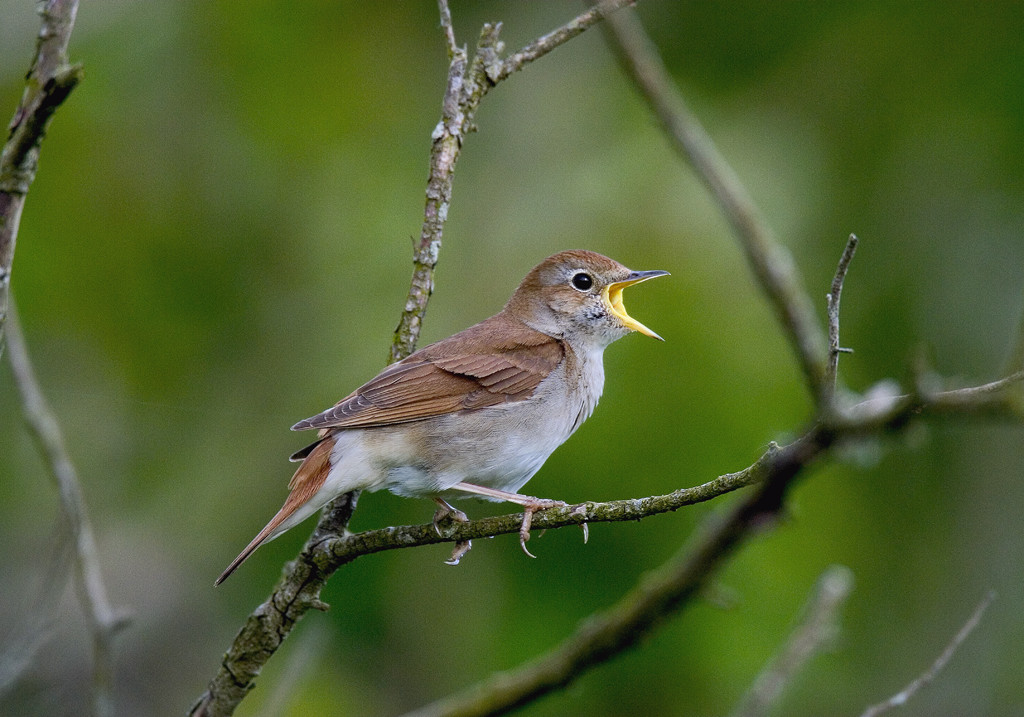 Here is one and it is worth pointing out that Nightingales are notoriously hard to spot as the often sing deep in a thick bush, unless you go to RSPB Pulborough Brooks and in some places you’ll be doing well not to tread on one! They are pretty showy over there!

It’s also the time of year to be looking out for Lapwings and as the successfully bred here last year it’s definitely worth keeping an eye out for them.

This in an adult male and below is one of the chicks from last year. 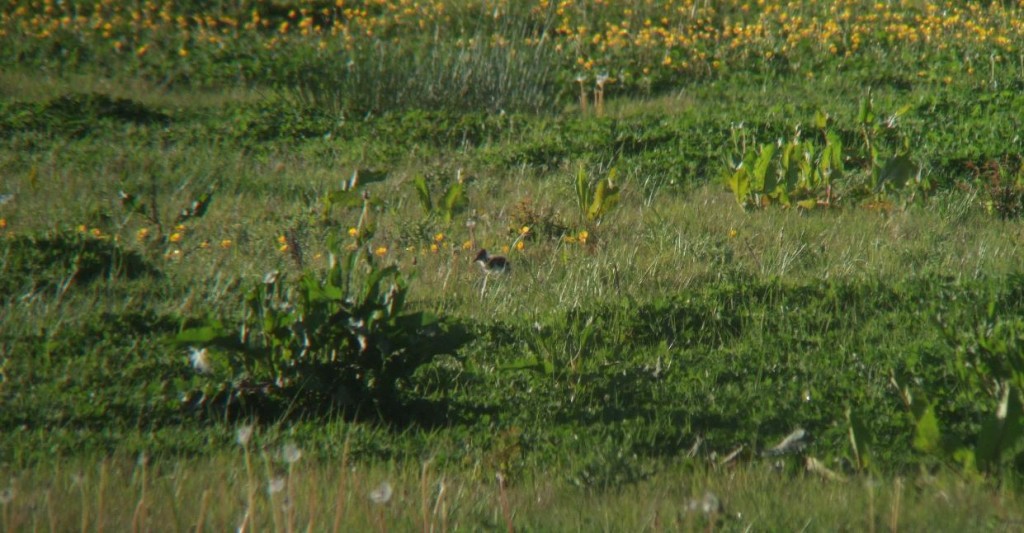 So yes, when I was waking up the other day I had BBC 5live on and they somehow got on to asking people for their local areas odd claims to fame and since this is loosely wildlife based I’ll mention the one I sent in and got read out.

It involves one of the two Common Oaks (Quercus robur) that are in Twineham Recreation Ground, the left hand one in this photo. 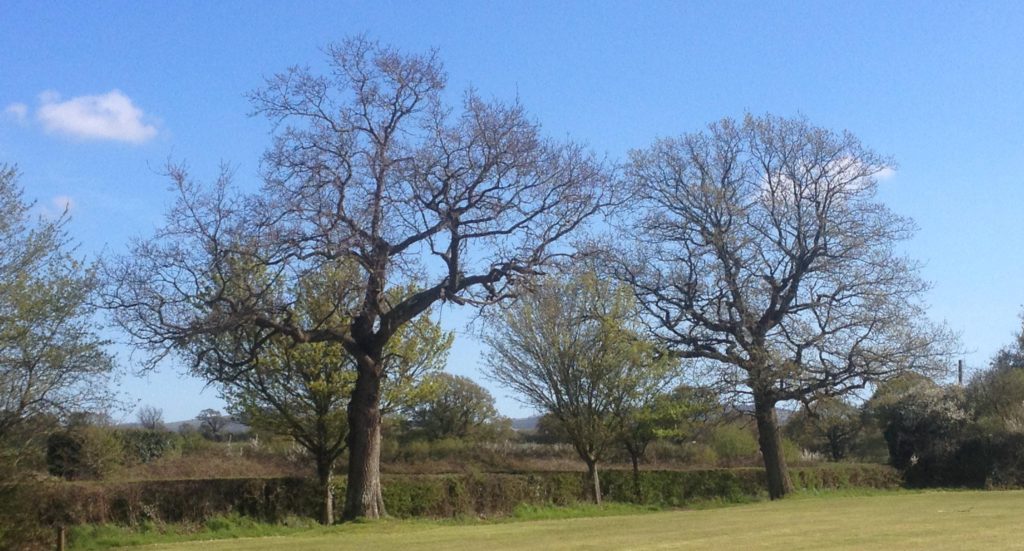 The story as I understand it is that for an episode of the 1980’s sitcom Terry and June, they were looking for a cricket ground with a tree within the ground and I think specifically with a forked branch and Twineham fitted the bill!

The idea was that Terry, being the world’s worst cricketer, ended up being the last batsman in and wildly scooped the last ball of the innings looping up and the ball gets wedged in the fork of a branch of this tree. The opposition do what they can to get the ball down but can’t in time to stop Terry running the required runs, which was more than 10.

I did wonder if this was ‘the fork’ but I’m not sure. 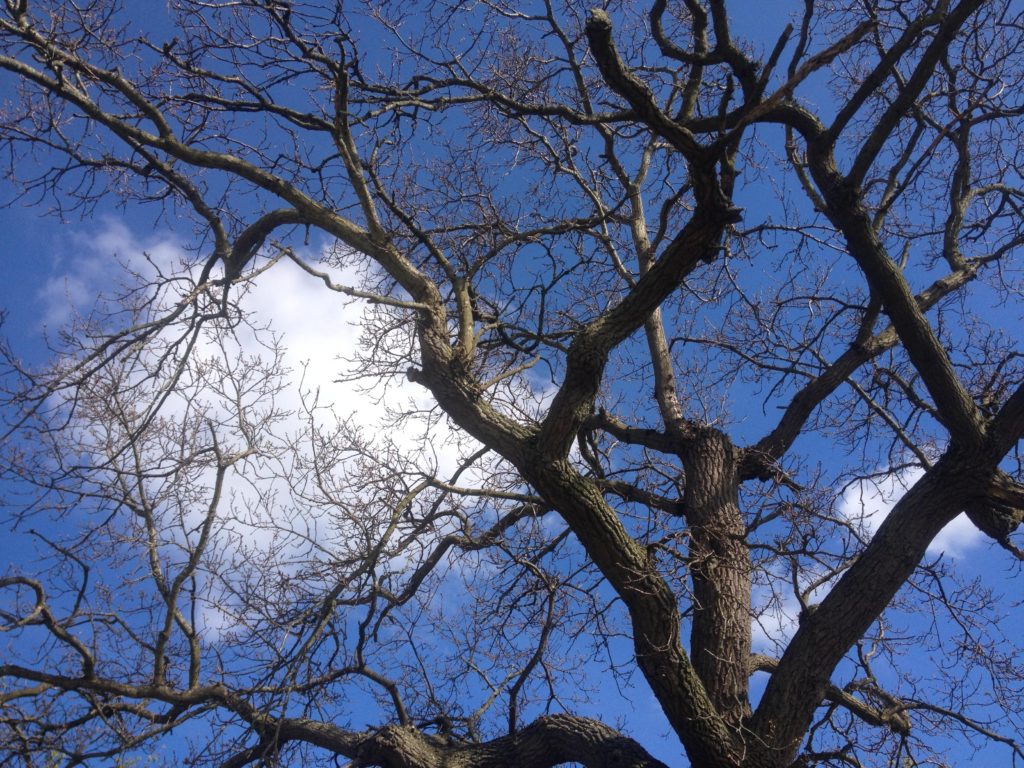 So yes, Common or Pedunculate Oak is not the only UK Oak species. Sessile Oak (Quercus petaea) can look similar but its acorns do not have stalks or peduncules, whereas Pedunculate Oaks acorns do!

Another and not so well distributed oak is Holm Oak (Quercus ilex) which is one of the few evergreen broadleaf trees in the UK and has a similarity to Holly (Ilex aquifolium). One place I do where there are some Holm Oaks in growing the central reservation of the A27 between Arundel and Chichester but there are almost certainly more accessible ones out there!

Common Oaks are very important for wildlife and some species, such as the Purple Hairstreak which is in this area, rely on it as a food plant. Common Oaks also have the distinction of supporting a greater number of species than any other native tree.

It is argued that coniferous trees support a great biomass (weight of organisms) and the Scots Pine in the front garden may have been responsible for attracting this Pine Hawkmoth into the garden back in May 2008. 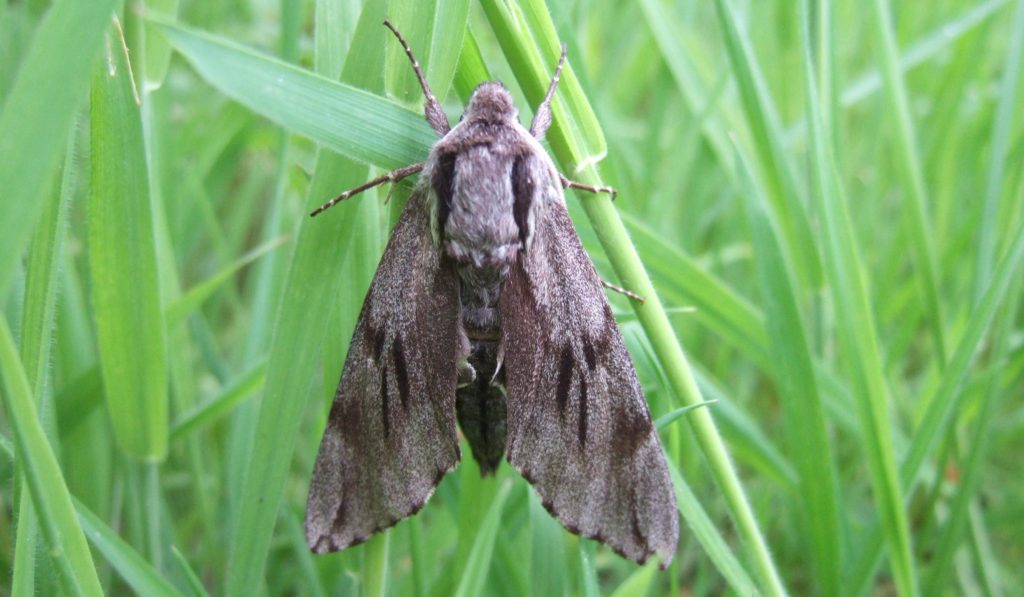 You just never know what you’re going to find out there! 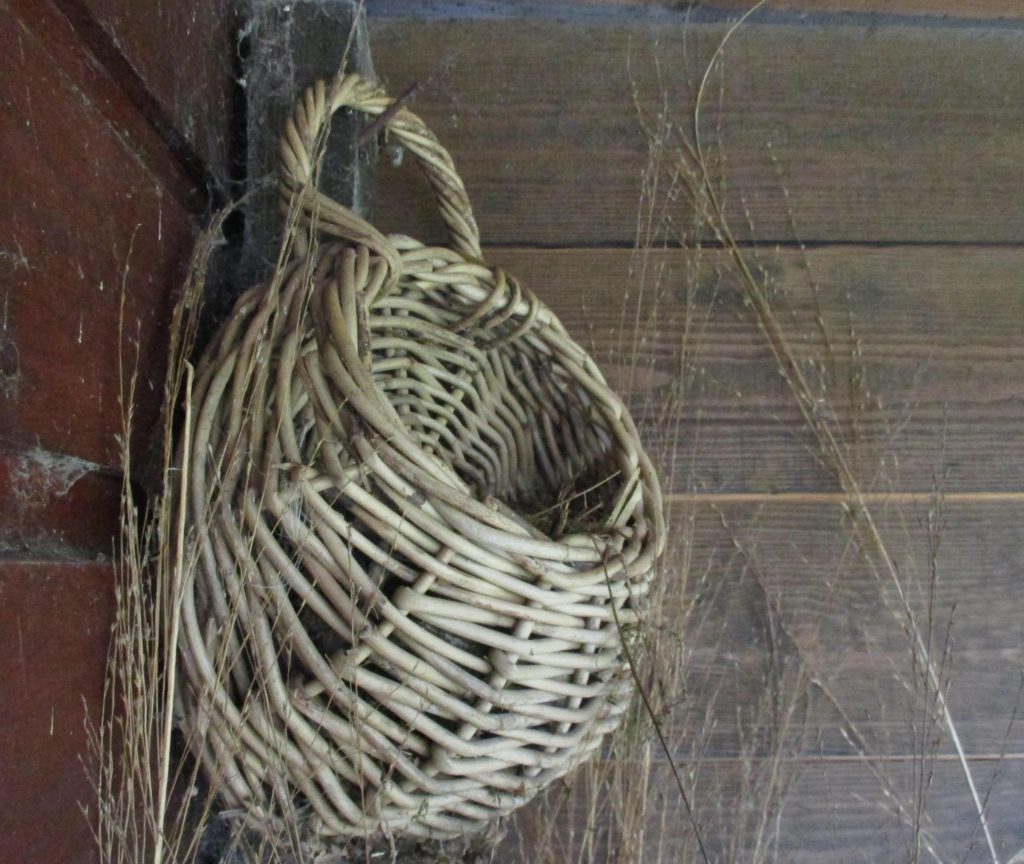 Finally, about 2 years ago I was surprised to find a Spotted Flycatcher hanging around on the front of the house. Now, Spotted Flycatchers do nest in open fronted nest boxes and the nearest thing I could find at the time was a wicker peg basket that I hung up on the inside of the porch. Unfortunately, nothing happened then but 2 years later a pair of Robins have found the basket and are nesting in there even though it’s just above the front door. Now our challenge is not to use the front door so much!

Anyway, Ill leave you with another photo of the 2 Common Oaks of the cricket pitch to act as a reminder on this Bank Holiday Monday, it was sunny yesterday…