It’s mid summer, but just to show we’re past the halfway point of the year, the blackberries are turning already! 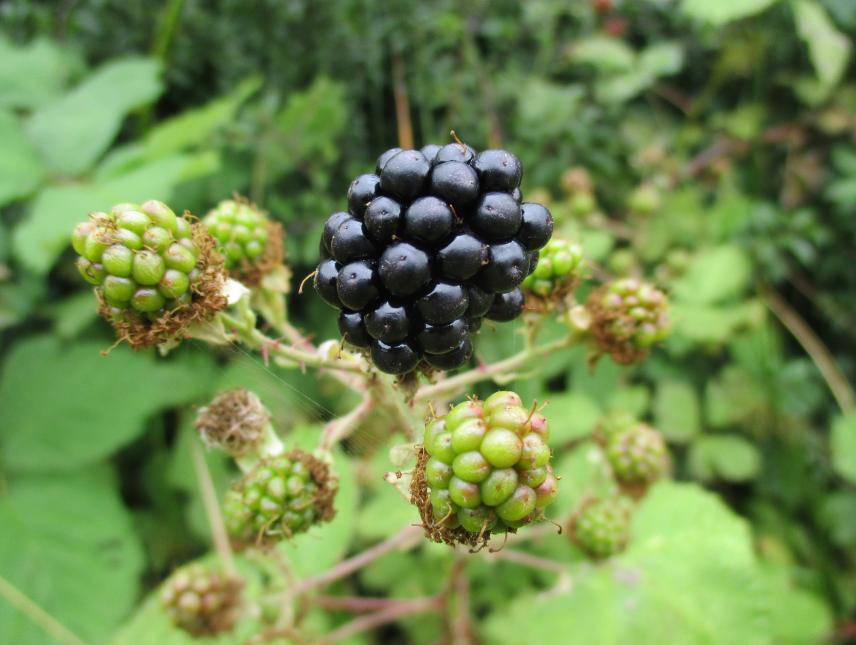 So aside from that, now is the time of the year to start looking for one of this areas star species, the Brown Hairstreak butterfly. 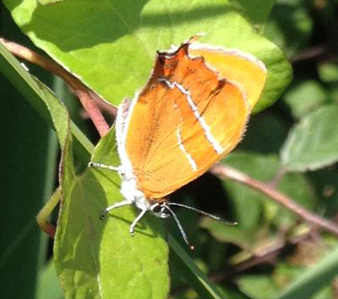 I’ve mentioned these before in these blogs and I think it’s worth going over why they are something to really treasure.

These butterflies have had a real downward spiral and according to the Butterfly Conservation website have declined by 43% since the 1970’s, mainly due to habitat destruction.

In this area though, there is a population of Brown Hairstreaks and someone who surveyed this area for them described it as one of the better areas locally.

So, where is good to go looking for them? Well, the females are more commonly seen when they come down from the tree canopy to lay eggs on Blackthorn bushes and to feed on Bramble flowers. The loss of Blackthorn bushed by modern farming techniques is thought to be one of the main reasons for their decline.

They will feed off other plants, such as Common Fleabane which this female Gatekeeper feeding on.

Just to push the benefits of Common Fleabane a bit further, here’s a Small Skipper! 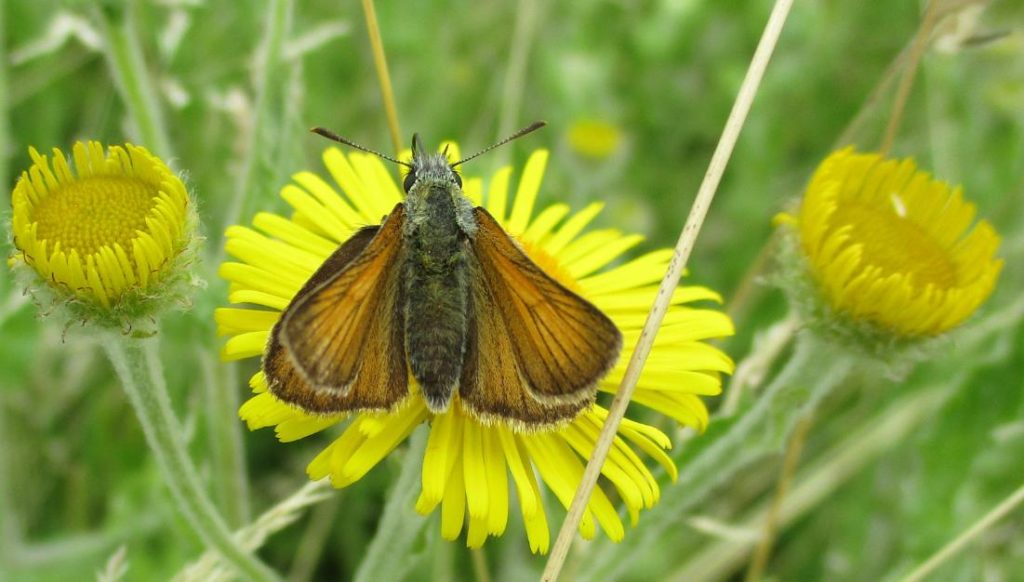 The other place to look for Brown Hairstreaks is at the top of tall Ash trees where groups can appear when they feed on aphid honeydew on the leaves.

That doesn’t mean to say that the only tree you could see Brown Hairstreaks is Ash because I have seen them on Oaks before. However, just to be confusing, Oak tree canopies are also the home of the Purple Hairstreak. 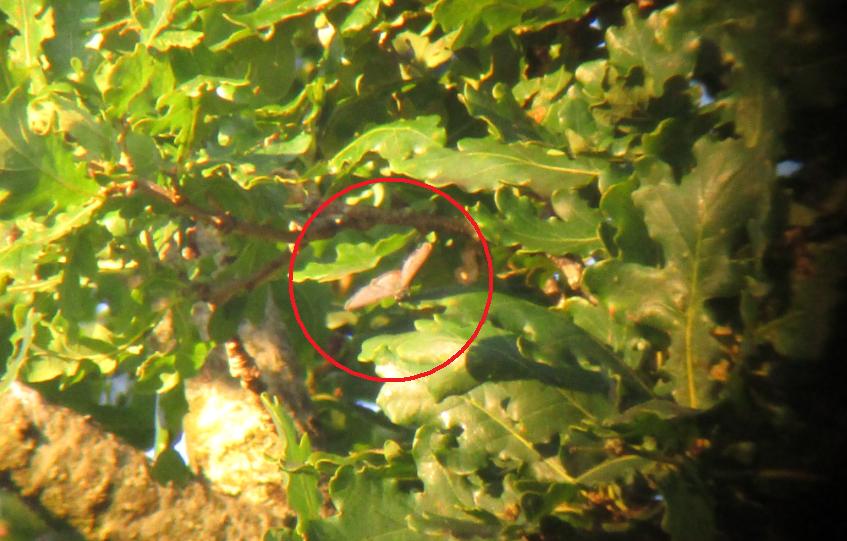 Now, Purple Hairstreaks come down from the canopy even more seldom than Brown Hairstreaks do and this was my best attempt at photographing one through my telescope the other day. When you are trying to photo one of these, the worse thing you can have is another one because they will defend their territories vigorously and keep chasing each other round and round and round in circles, alla a dog chasing its tail!

So, the other day I went out to have another go at finding some of our local Hairstreaks. It was a bit cloudy but I did succeed and here it is! 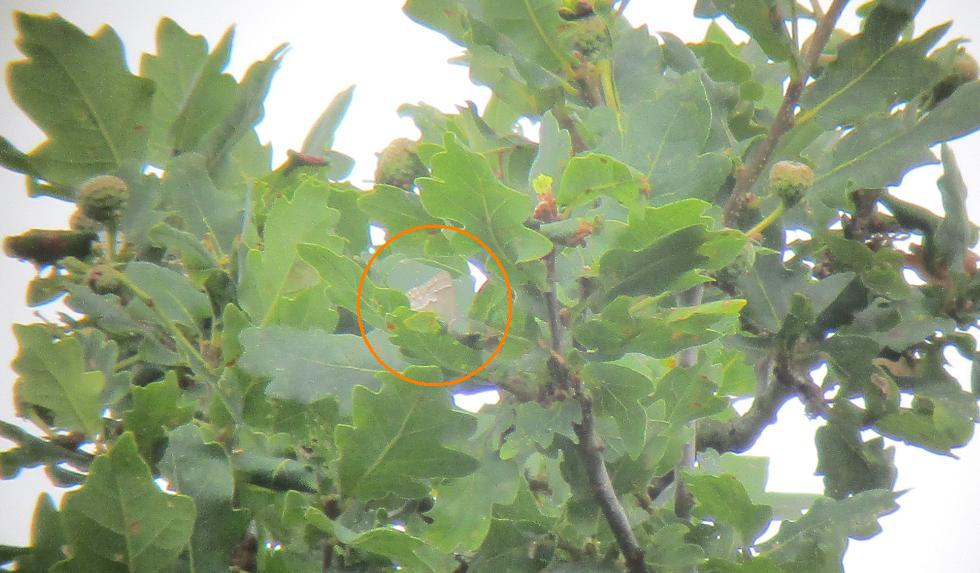 You do need a bit of luck with these things and this one just jumped up and I managed to find it! This does show where the Hairstreaks get their name from though, with the faint lines on their underwing.

This was a cloudy day not many butterflies were active then and the better time of day to find Brown Hairstreaks at ground level is on calm, sunny days in the morning when the females descend to lay eggs on Blackthorn. That’s the theory anyway and I should point out that I photographed this one on a very windy afternoon.

What possibly happened was that she came down in the calmness of the morning, the wind got up and she was stuck down below clinging to this bindweed.

On very rare occasions, they will come to you and even sit on your kitchen window! 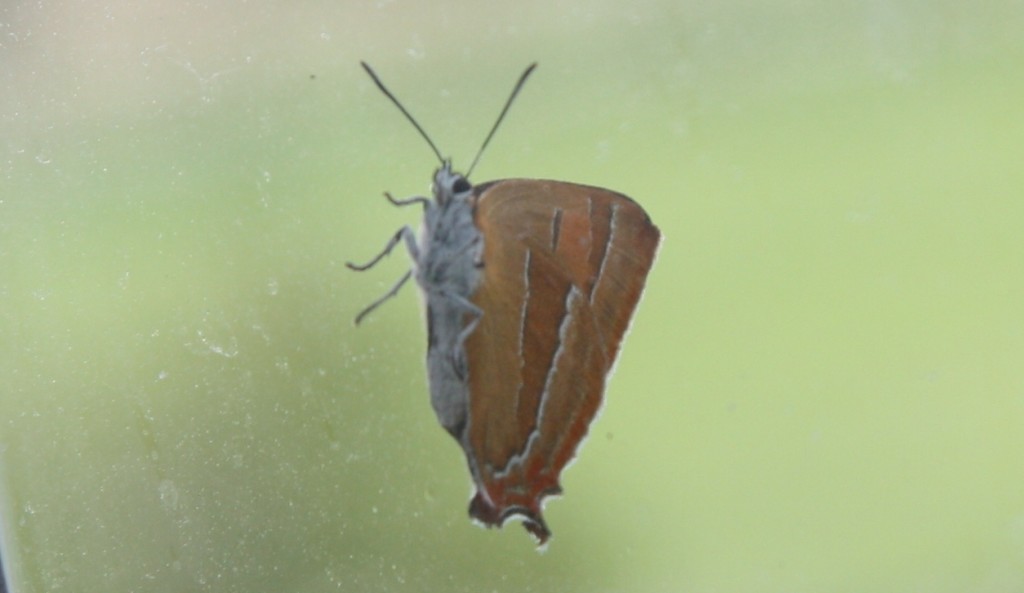 So, with my hunt for Brown Hairstreaks, the other day, the good news is that I did find one! The only thing is that Hairstreaks in trees, once they’re settled, will pirouette like a clockwork doll and then not move for a long time which is what mine did the other day.

I was hoping for a repeat of this one from a few years ago. 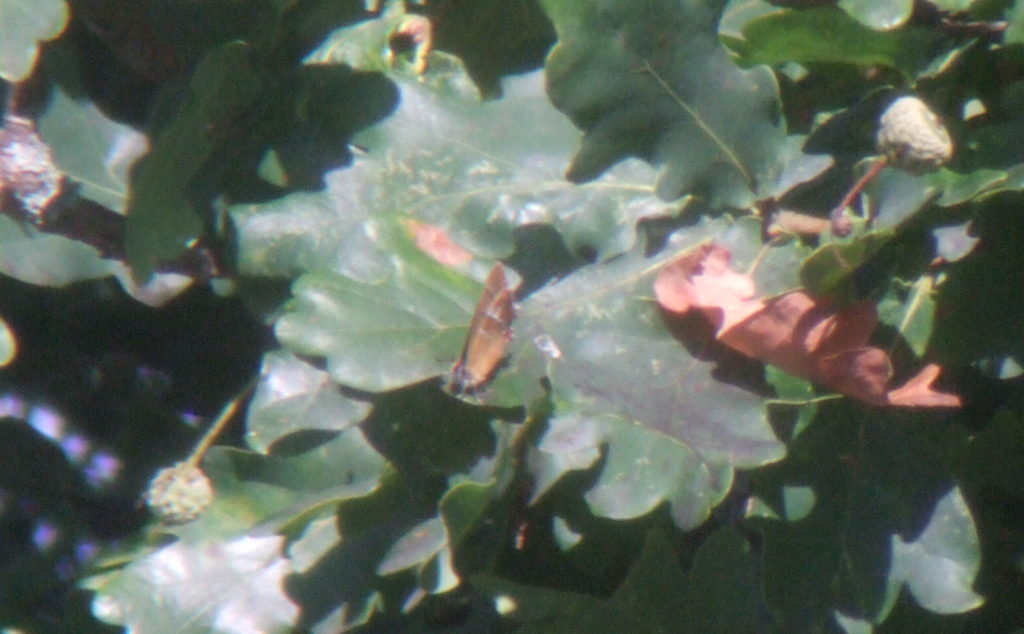 It was a few years ago because I remember that being a much clearer photo, but there you go!

This a been a really butterfly heavy blog and I think one more wouldn’t hurt and this is just to dispel the ‘Cabbage White’. 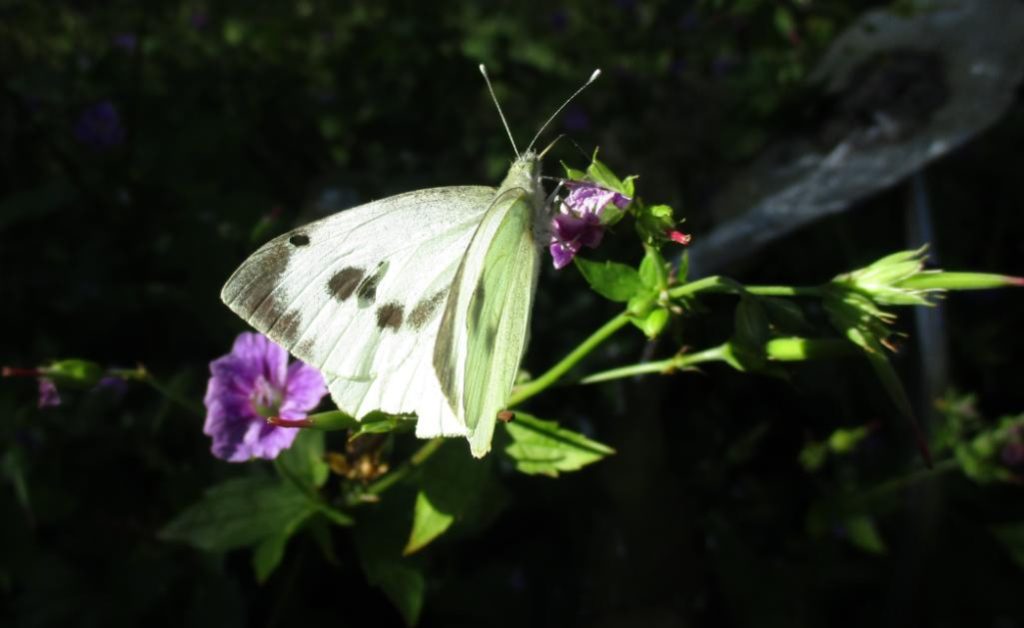 The ‘Cabbage White’ term is like ‘Seagull’, as in there is no one species called the Cabbage White but it refers to a collection of species. There are 3 main whites that get called Cabbage White, namely the Large White (pictured), Green-veined White and Small White. What is true though, is that brassicas are their main foodplant, but Green-veined Whites tend to avoid cultivated cabbages.

Also, it’s a pretty good dragonfly time of year and look out for this one: 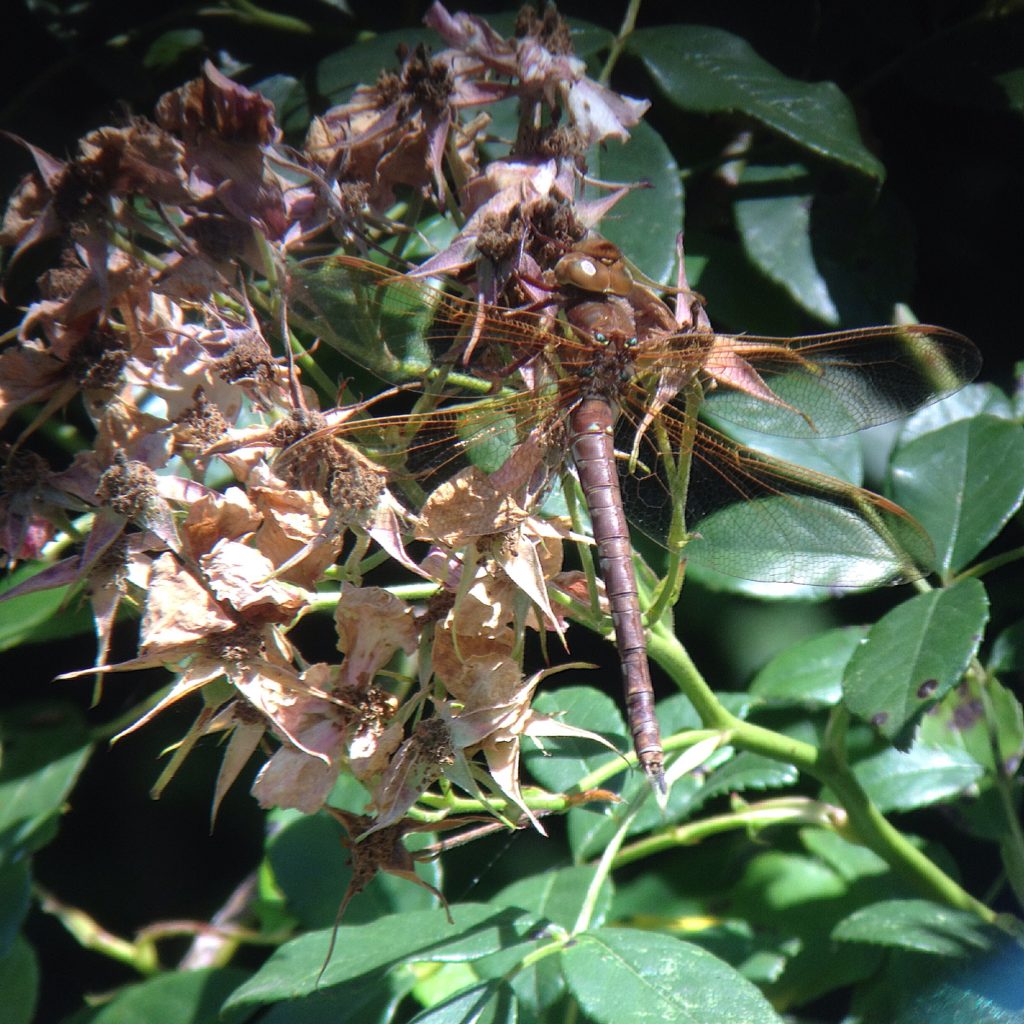 To keep with the brown theme, this is a Brown Hawker. It’s not an especially rare dragonfly but it is one of the easiest to identify with it’s bronzed wings which are quite obvious when its flying.

Finally, it’s not got much to do with wildlife in this area but it’s a particularly good time of year to look for Saturn as its rings are tilted at an angle that makes them more visible from Twineham!

Here’s the obligatory blurry photo from through my telescope! 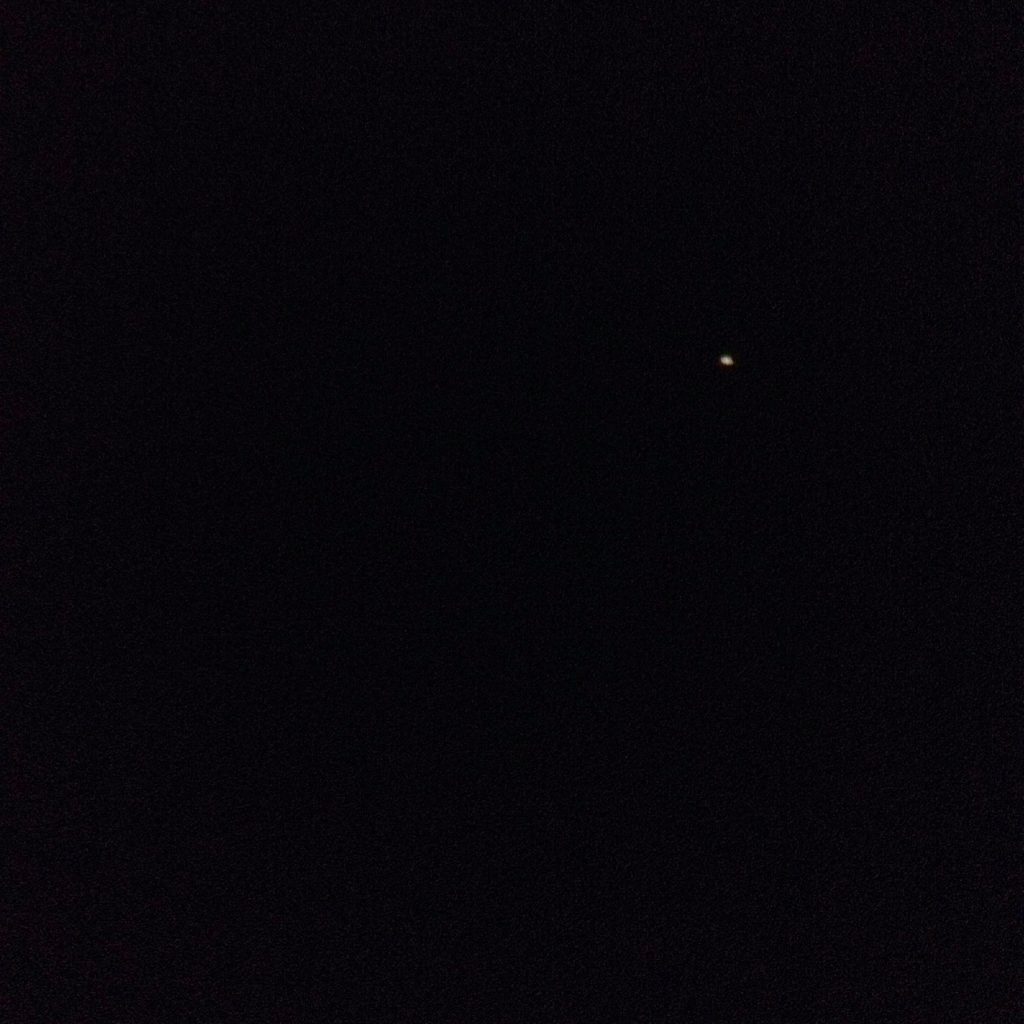 That’s about it for now!

Keep a look out at the tree tops,

5 thoughts on “Hunting for Hairstreaks”